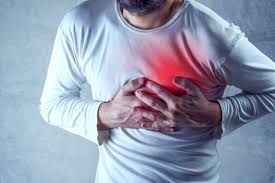 Heart Disease is the leading cause of death for both women and men in the United States. A Myocardial Infarction (MI), commonly known as a “Heart Attack”, occurs when the blood flow to the heart muscle is cut off and a part of the heart muscle does not get enough blood and dies.

Heart Attacks come in different shapes and sizes. Receiving Heart Attack treatment fast is especially critical for people with the most dangerous type of Heart Attack, known as an ST-Elevation Myocardial Infarction (STEMI), which is usually caused by a sudden complete blockage of one of the coronary arteries.  It is impossible for most people to know from their symptoms alone whether they are having a STEMI or non-STEMI Heart Attack, and that’s why it’s important to receive prompt medical evaluation and treatment.

Who could be responsible for a negligent failure to timely diagnose a Heart Attack?  Many people who experience chest pain or other classic symptoms of a heart attack will seek care in a Hospital Emergency Room.  Heart Attack patients who have atypical symptoms may also go to the ER, unaware that their symptoms may be caused by a cardiac problem.

There are many medical professionals in the ER who could contribute to the negligent failure to diagnose a Heart Attack in a timely fashion. These Health Care Providers include Emergency Room Physicians, Triage Nurses, Emergency Room Nurses, Consulting Cardiologists, Interns and Medical Students, and Hospital Laboratories and others.

Further, Emergency Rooms in smaller Community Based Hospitals may have a higher rate of Heart Attack misdiagnosis than those at larger Regional Medical Centers and Teaching Hospitals. The reason being that smaller Hospitals have less experience with diagnosing and treating Heart Attacks and may have fewer resources to make an accurate diagnosis.

Why are Heart Attacks so frequently missed due to negligent medical care?  Symptoms that are different from the ones typically associated with Heart Attacks are a major factor. For example, female patients face a higher risk that their Heart Attack will be misdiagnosed because they often present with atypical symptoms such as Fatigue, Trouble Sleeping, Shortness of Breath, Back Pain, Nausea and Vomiting, Heaviness of the Arms, Light-Headedness, Epigastric Burning or Feeling Flushed.

These are different from the symptoms men often experience, such as headache and pain in the chest, jaw, shoulder, arm, neck, and between the shoulder blades. Female heart attack patients may be misdiagnosed with psychiatric or emotional problems, anxiety, musculoskeletal problems, or indigestion. Instead of receiving potentially life-saving treatments such as an emergency cardiology consult, nitroglycerin, aspirin, heparin, and thrombolytic agents such a tPA, women may be more likely to receive antianxiety drugs or painkillers.

Non-whites may also be more likely to suffer a Heart Attack misdiagnosis or delayed diagnosis. This may in part be because African American Heart Attack victims were on average nearly ten years younger than white patients.  Regardless of race, Health Care Providers may be less likely to suspect a Heart Attack in a younger patient.

Elderly Heart Attack victims are also at risk of a misdiagnosis or delayed diagnosis. Older patients sometimes present with atypical symptoms, and many older patients also have other chronic illnesses that may make it more difficult to distinguish a Heart Attack.

Of course, even if the Health Care Provider correctly suspects a Heart Attack is the cause of a patient’s symptoms, there may be delays or errors in the diagnostic studies which are ordered to make the diagnosis.

What are the potential consequences of a failure to timely diagnose and treat a Heart Attack?  The risk of death roughly doubles if a Heart Attack is not timely diagnosed.  Patients who survive an undiagnosed heart attack or a delayed diagnosis frequently develop serious complications. One study showed that nearly seventy-five percent of patients were readmitted to the Hospital after a Heart Attack was misdiagnosed, while the readmission rate was only seventeen percent for those who were properly diagnosed initially.

If you or a family member have recently suffered a heart attack and you have concerns about whether the diagnosis and treatment was proper and timely, call Bonner Law at 305-676-8800 for a free consultation. We have over 30 years of experience in representing patients and healthcare providers in medical malpractice litigation.